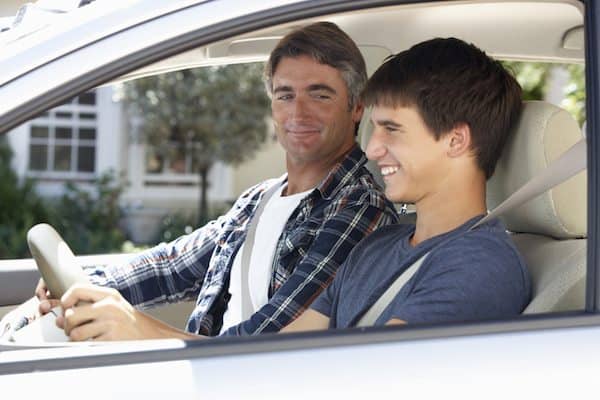 When teens begin to drive, the sobering statistics start to pile up. According to the National Highway Traffic Safety Administration (NHTSA) and the National Safety Council, for teen drivers:

But as parents, you can help your young driver make better decisions behind the wheel and you can start by setting a good example yourself. Set time aside to have a serious discussion about the following issues, all of which have a large impact on the safety of teen drivers:

Speed: According to the Governors Highway Safety Association, speeding continues to grow as a factor in fatal crashes involving teen drivers. Thirty-three percent of such accidents in 2011 involved excessive speed. While a lot of emphasis is rightfully placed on the risks of driving under the influence or while distracted, the danger of speeding is just as important.

Alcohol: If drivers are under 21, driving with any amount of alcohol in their system is illegal. It’s as simple as that. And not only does the risk of a serious crash increase once alcohol is involved, jail time is a possibility as well.

Seat belts: Teens don’t use their seat belts as frequently as adults, so it’s important to set a good example and always have yours on. Seat belts are the simplest way to protect themselves in a crash, so let teens know that buckling up is mandatory.

Phones: Distracted driving is dangerous driving, especially for an inexperienced teen. That means no calls or texting when behind the wheel — no exceptions.

Passengers: The risk of a fatal crash goes up as the number of passengers in a teen driver’s car increases, according to the NHTSA. Depending on your state’s licensing laws for young drivers, limiting your teen to one passenger is a good guideline.

Of course, any driver needs to have a good grasp on the laws and rules of the road and because teens don’t have much experience, it’s important to have regular conversations about safe driving. Remember – how teens drive doesn’t just depend on them. It depends on you, too!

If you have a teen who just started driving, check out our Auto Insurance page to learn more about your insurance options.